"A conservative is a man with two perfectly good legs who, however, has never learned how to walk forward."
Franklin D. Roosevelt 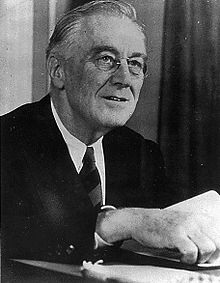 Roosevelt was a democrat president who came up with some solutions for the Depression such as 100 days and the New Deal.