"A nation that destroys its soils destroys itself. Forests are the lungs of our land, purifying the air and giving fresh strength to our people."
Franklin D. Roosevelt 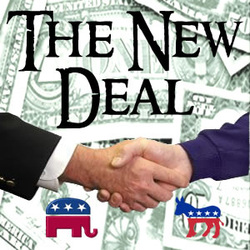 The New Deal was brought in by Roosevelt to make jobs for people. The government would spend money to make jobs and get them back from income taxes. Interstate highways and hoover dam were built. 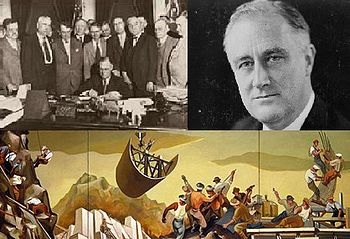 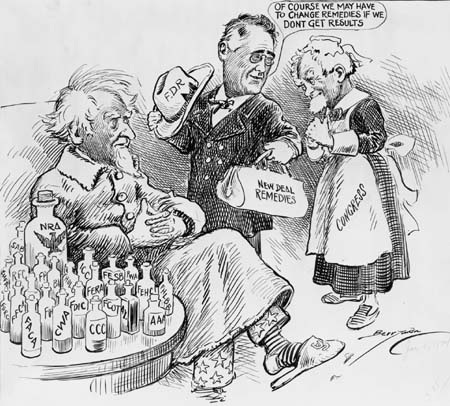