View Treaty of Non-Aggression between Germany and the Soviet Union and over 3,000,000 other topics on Qwiki.

"Mankind is divided into rich and poor, into property owners and exploited; and to abstract oneself from this fundamental division; and from the antagonism between poor and rich means abstracting oneself from fundamental facts."
Joseph Stalin

-Soviet Union tried to participate in World affairs in the 1920s

-Wanted to make things back to normal again after WWI

-They joined the League of Nations in 1934

Soviet Union tried hard to participate in the world affairs by joining the League of Nations and signing a bunch of pacts and stuff.

-They wouldn't fight each other now

-They agreed to divide Poland(russia took eastern half of Poland)

Stalin signs non-aggression pact with Germany. They helped each other with materials trade. 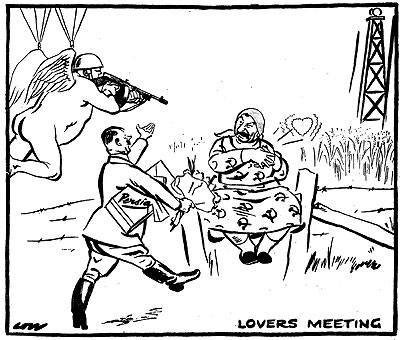 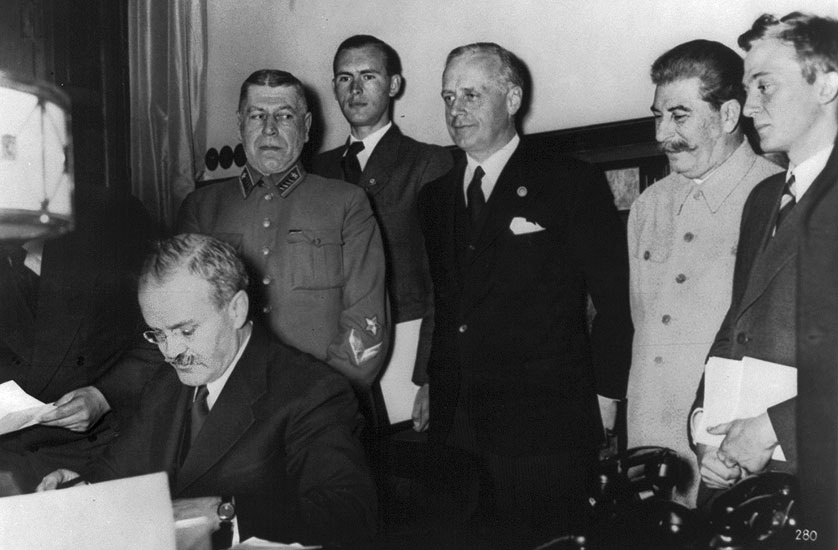 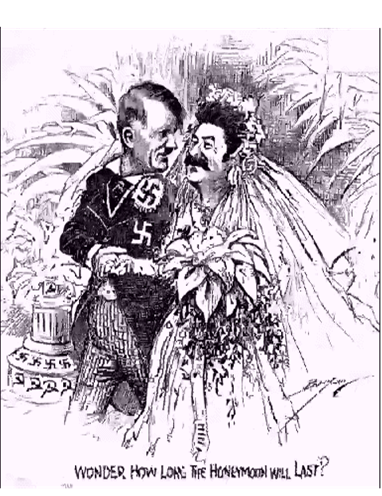